First of all, watch it if you haven't:

When we see Henry removing his hand, not letting Emma touch him makes me realize that something bad. Really, really bad happened between the two of them. Because we’re talking about the same kid who after everything, believed that everyone can be redeem, he forgot Regina, he never hated Rumple, he loved Neal without even hesitate, he accepts and likes Hook...

So sadly, really sadly I have to say that I think this new curse was created thanks to Henry’s heart. 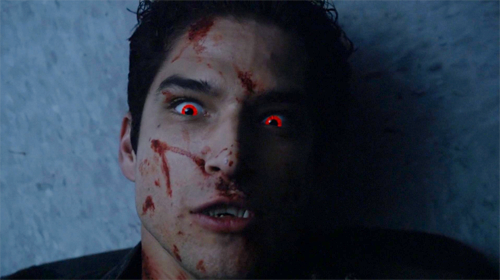 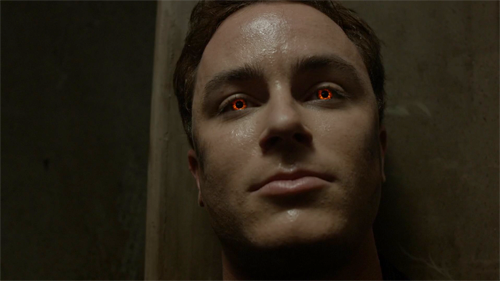 Happen in the same episode and are very similar shots, episode in which we 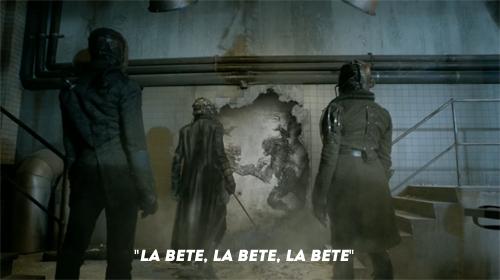 Learned about La Bete, the same monster Chris Argent’s ancestors fought against. And also, all of this makes me go back to this scene because 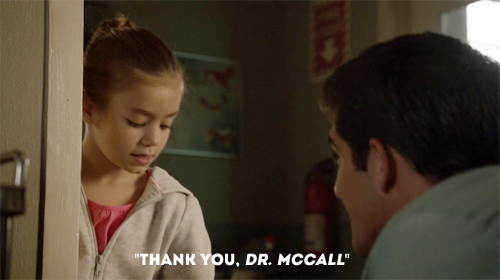 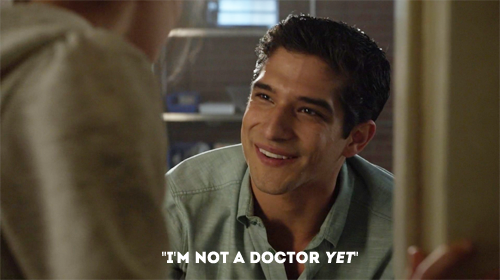 I can clearly see an allegiance between him and the doctors 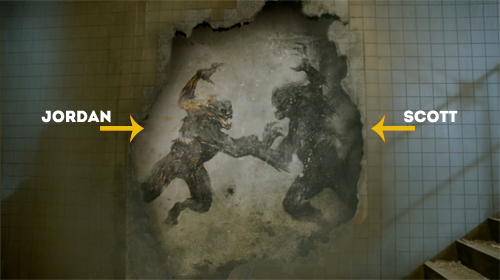 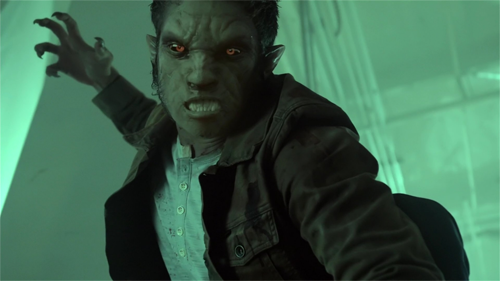 I can expect a plot twist, leaving the villain’s place to Jordan Parrish being a Hellhound and Scott having to make some sort of deal with the dread doctors to become La Bete.

And maybe Lydia being the banshee will be in the very middle.

Supposedly, once you read the Dread Doctors’ book you start seeing those damn Doctors but if the book is a trick for foxes, then why Stiles didn’t saw the Doctors yet?

Like seriously, think about it. Kira didn’t saw them till she finally read the book backwards and thanks to her mom’s advice.

What if Stiles never got to end the book because he feels kinda dizzy and weird like Kira while he tries to? What if this is the explanation because he didn’t saw those freaking Doctors yet… Nogitsune is still inside? 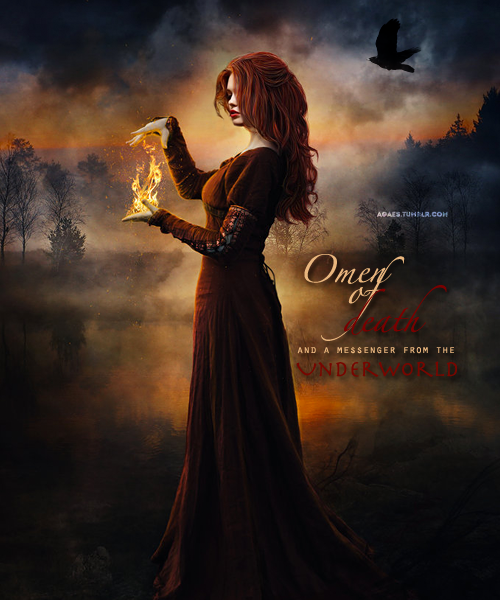 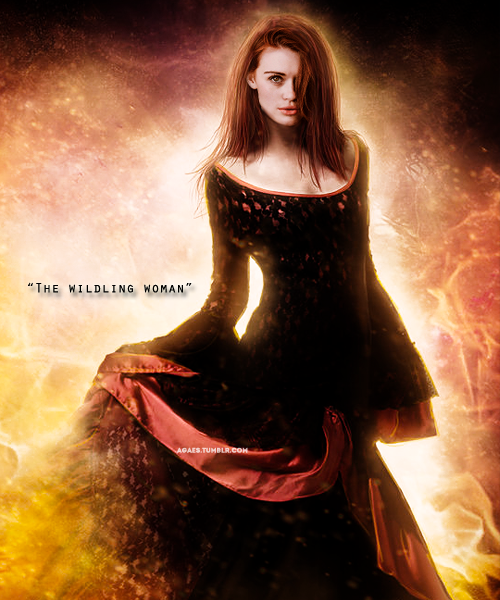 The Dark Swan teaser we got in the comic con pretty much showed that she’s in a very dark place because she can’t fight it back as she usually did with everything around, but not this time:

First, she takes that poor’s man heart and she destroys it.

For a second she enjoys it. That darkness makes her very powerful. But then:

She regrets it; and this seems to be a never-ending-path. Looks like she wants to be her old-self but is not working. 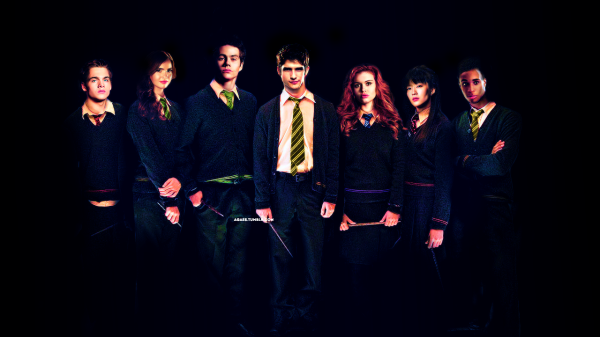 kill someone and at first feel good about it (look at that face!!), and then

bad... why am also paralleling somehow his attempts to show that Theo is not Theo with the Nogitsune?.

Why I’ve got the feeling that we are not done with the chaos yet?.

Remember, in season 3a we had much more Scott, Allison and Isaac than Stiles to suddenly in s3b had the Nogitsune.

I am feeling not only the same but seeing Stiles as a time bomb waiting for any tiny detail to just blow everything up, including himself.

First of all, we know how George R. R. Martin thinks about killing characters; he actually kinda likes it somehow but don’t worry about what happened to Jon, this is not a Ned or Robb situation.

R + L = J is not a theory anymore, it is more than a fact (if you still don’t believe this then apart of being blind you have nothing to do here).

Azor Ahai (yes, most of you must be questioning this article right now like I am crazy by mentioning him but don’t run so fast yet), was supposedly a legendary warrior who during the Long Night defeated The Others with with his dragon steel blade and the war ended (a reference to the Valyrian Steel).

Now why did I said “supposedly”? Because we have two versions of the story and I find much more accurate the one we discover thanks to one of the Old Nan’s tales: The White Walkers appeared thanks to the long night, they battle joining forces with The First Man & The Children Of The Force for a long time and then the last hero came and the war ended and the wall was built.

The interesting thing about old Nan’s tales is that they only speak about the White Walkers closing in the last hero, she never  talks about him killing them all (like the other version says). And how do you end a war without killing the other side? Easy, you make a deal, a peace treaty.

Now what does this have to do with Jon? Jon is just Jon!!... right?

In order to become Azor Ahai Jon had to die letting his long watch days to end; an intense image was leaked hours ago before the last episode of GOT aired and somehow the editors decided to cut it because of circumstances:

We can clearly see it was cut off because when you see Jon dead in the floor he is changing the color of his eyes:

When you die, your pupils expand there’s no way your eyes are gonna be brighter or change the color.

You get my point? The whole Jon’s path?

Jon Snow had to die to become Azor Ahai, Melissandre knew this:

“I pray for a glimpse of Azor Ahai, and R'hllor shows me only snow”

And somehow she’ll be involved in all of this next season (next book).

Never forget that Rhaegar was obsessed with the prophecy about Azor Ahai, so if you don’t like the simple idea of Lyanna and Rhaegar you can pretty much see that what Rhaegar saw in Lyanna was just the mother of the new Azor Ahai, romantic feelings apart this is what pretty much happened.

And also now that I mentioned Rhaegar, I pretty much believe Jon was called “Jon” thanks to Jon Connington, who due to his connections with the royal family, and because he was a noted warrior, Jon was chosen by King Aerys II as Hand of the King after the dismissal of Owen Merryweather. One of the very few Rhaegar’s friends (and his actual status is alive by the way).

This is the very first time I jumped into the Dramione pool, this is a gift so is kinda of funny how I (a Romione hardcore fan since always) tried her best to do "a believable" D&Hr video.
A gift for my friend: https://www.youtube.com/channel/UCJJtih9C5NntRtfL6MUVq4w
-No copyright infrigmented intented-
I OWN NOTHING BUT THE EDIT. Also don't forget to subscribe the channel if you want to see more.
-I will not answer any "what's the song?" or "who signs this song?". All info at the end of the video, so if you want to know, watch the entire video or skip till the end.-
·Footage: HP, Joe Black, Driver & TVD
·Coloring: Anaelis
·Watermark: Mine
Reblog?: http://agaes.tumblr.com/post/121680704043/i-dont-wanna-go-hr-d
Ask me anything here: http://ask.fm/JustMineES
Collapse